… a blog dedicated to Football Manager 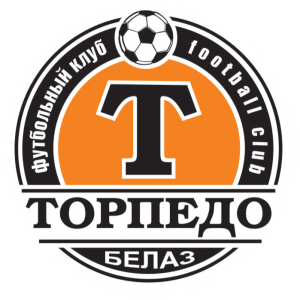 Hello, and welcome back to another update of my much loved Torpedo Zhodino save on Football Manager 2020. Last time, we left off with three games left to play in the Belarusian Premier League season, with us top of the table and possibly being able to win the league. The current updates for this save are here, here, here and here respectively. Before we continue, I should also mention that the final league game was played on Twitch, which is something I’m looking at doing more moving forward, so follow me on my Twitch channel to keep up with when future streams will be or catch up on old games. My network save the Italian Job also continued over at my good friend @turntostone_‘s Twitch channel. Anyway, back to Torpedo. How did we finish the season?

Yep, in the end we managed it. We became the first team to win the Belarusian Premier League not named BATE Borisov in 15 years…by one point from Shakter Soligorsk and Dinamo Brest. The league works on a playoff system, so if we had finished level on points, we’d have had to somehow determine a winner between three teams. We didn’t make the last three games easy, losing 2-1 to Dinamo Minsk, but then coming through clutch, defeating Energetik 3-1 before getting the draw that we needed on the last day, grinding out a 0-0 draw against Grodno that unfortunately didn’t provide the goalscoring entertainment for those watching on Twitch. Sorry everyone.

On my older saves I used to do player of the season type awards, and this season I’d comfortably say that my best players were Dmytro Yusov, Kirill Premudrov and Valeriy Gorhachik. Yusov was constantly a threat from wherever I played him – on the right flank at the end of the season – Premudrov was fantastic in replacing Khachaturyan in central midfield and Gorbachik was the league’s top goalscorer all season with 19 goals in 26 league games, and repeatedly came up big for us whenever he was needed. All three are sticking around next season. Really, that’s my big focus now – where next?

This was the system that really pushed us from a team competing for 3rd/4th to being a team that made that late run for the title, but I don’t believe it’s perfect. Throughout the season we’ve been 1st in goals conceded – defensive solidity is always a characteristic of my sides – and 2nd in goals scored, so we’re a well balanced side, but I certainly think the system can be improved. There are times that we can be a little too predictable in how we attack, and I would really like to start and implement an aggressive pressing game. I’m also looking to get more out of Premudrov, who is undoubtedly going to be the core of my midfield for the next few years. I also would like to bring Yusov into the centre a little more, so a switch to IW-A is possible for him. I think the potential for an excellent gegenpressing system is there, it’s whether the players are quite ready for it. We may have won the league, but in no way are we the best in the league. BATE Borisov sacked their manager and only came 4th, but they’ll be back in force next year.

… and that’s going to be my other focus for the off-season – players. I think there are some players at the club who I’m really happy to build around. The aforementioned three above, as well as my centre back pairing Onovo – converted to centre back from central midfield – and Stezhko as well as Obradovic upfront. I also like Cirjak, and he’s done well wherever he’s been played since joining, but he’s not a left winger and he’s been shoehorned there to be honest as I lacked a real left sided midfielder for the 4-4-2 – this was proved when it was pointed out to me I had no left sided player even on my bench for the final league game against Grodno. So he’ll stay but more than likely will move into central midfield. Everyone that I definitely want to keep are contracted for future seasons.

The next thing I’ll be considering is the above status of my foreign players. In the Belarusian Premier League, you’re only permitted to start five in your lineup, but reaonsably can have as many as you like in your squad. Above are all of the foreign players I have at the club. Yusov, Onovo, Obradovic, Cirjak and Stezhko are staying without doubt, but the others are likely to move on, because they take up a position that another foreign player can take. I’d love to keep on loan Alex Matsukatov – pointed out specifically by @watadam20 in the Twitch stream, but at the moment my scouts rate him at £1m-£3m and I can’t quite stretch to that amount (£1m) just yet. My money is much better spent on two particular areas, left midfield and full back. Left midfield because we need a proper left midfielder, and full back simply because we’ve needed more quality there. At the moment I can stretch the budget to around £800k, but once we sell players, lose wages and hopefully get a boost from the board, we’ll see.

Next season, the aim is not to the win the league. It’s brilliant that we’ve done it this early, but we still aren’t the best team in the league. The aim however will be to consolidate our position as one of the best teams in Belarus, and to finish in the top 3, and therefore compete in Europe. Next season we obviously will take part in the qualifying stages of the Champions League, entering at the first qualifying round. Hopefully whatever we receive for that will boost the £117k we gained from winning the league.

For now, that’s it from Torpedo Zhodino. I’m not sure when my next update will be, more than likely it will be a tactics focused one looking at how we’re playing. Either way, thank you very much for reading and as always if you have any questions or comments about this save, Belarusian football, or my plans for Torpedo moving forward, please feel free to leave them in the comments section, or contact me via Twitter (@JLAspey). Thank you once again.

One thought on “In The End…”

"Life is really simple, but we insist on making it more complicated." - Confucius

A Football Manager Story with FC Isle of Man

Getting through the season one defensive calamity at a time.

These aren't the blogs you're looking for...

Confessions of a Rambling Red

A blog about tactics and Liverpool FC.

Blog of a Football Obsessive

Peeling back the layers of Russian life one at a time...

Discussing the intricacies of Football Manager